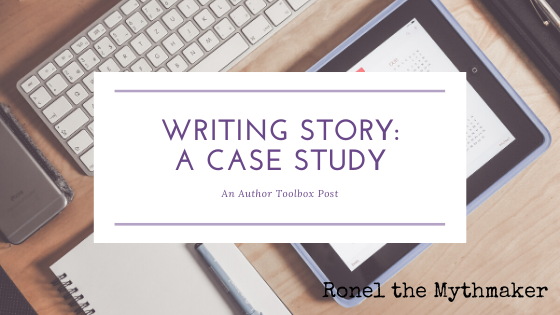 There is this series that I absolutely adored. Until I didn’t.

Years ago, I wrote this post while I still loved the story (and re-watched and binge watched it):

Regular readers will know that I’m a little obsessed with the Arrow TV series. And no: it’s not just because Stephen Amell is awesome as Oliver Queen/Green Arrow.

Not that it hurts. *grin*

The real reason Arrow is my go-to series to watch when I have a spare moment/insomnia is the plot. Each season we see Oliver in the present and where he was five years ago. (For those who don’t know: Oliver Queen was stranded on an island and believed dead for five years before being rescued and returning home to Starling City.)

The pacing, the way everything perfectly fits together, the characters, the action and the emotional turmoil makes this one of my favourite TV series at the moment. (It’s almost a shame that I have to watch Flash and whatever else they think up to be part of this multiverse because of the cross-over episodes running from one series to the other.)

I can do a breakdown of everything that makes it awesome, but I can tell you now: the emotional turmoil Oliver has to go through every season drives the plot, his motivation and everything else. There’s going to be a lot of spoilers here, so if you don’t want to know what happens before you’ve watched the series, stop reading, go watch everything aired up to date (you’ll probably be ahead of me because I haven’t seen anything since the end of season 4) and then return to this post.

Season one is all about allaying the guilt he felt at his father’s death. He uses a notebook (key piece of evidence in this season) to try and right a few wrongs in Starling City. Of course, there was something bigger than that going on even if he couldn’t see it.

At the end of season one, his best friend *spoiler alert* dies. Oliver can’t handle this as well as he should. In season two he honours his friend’s memory by trying to be better, by trying to be a hero instead of a vigilante who crosses of names in a notebook, by trying not to be the murderer his friend had accused him of being.

At the end of season two, his mother dies. In season three he tries to have a real relationship with the woman he loves (won’t spoil this for you – I called it from season one  ) but it doesn’t work out because he couldn’t figure out how to be Oliver Queen and the Arrow. Eventually – with the “help” of the season’s villain – he doesn’t have an identity crisis anymore and he drives off into the sunset with the love of his life.

Honestly, the series could’ve ended here: Oliver is finally happy. So what if there were unresolved issues in subplots and the lives of minor characters? Like his sister being brought back from the brink of death with the help of The League of Assassins and not really being herself…

Season four held a lot of magic and mystery. Mostly it had to do with how Thea survived – and the price attached to living. But it also had to do with Oliver’s relationships: how he and Felicity were bored being out of the vigilante game, how the past is never really in the past and can ruin relationships in the present if not dealt with properly, how Laurel never really got over Oliver (though that is a problem for another day: she knew he had cheated on her when they were together – one of the things of the past creeping into the present – and he had run off with her sister when the boat they were on went under. So why is she still hung up on him?) and again someone close to Oliver dies (it’s an intriguing snippet at the beginning of the season where he stands in front of a fresh grave and you are left to wonder why he feels so guilty).

A lot of Oliver’s allies leave – the people who had been closest to him since season one – and it will be intriguing to see what these changes bring in season five.

The big thing though, is that Oliver grew in both timelines every season. In the past timeline you see how he went from an idiot fratboy to the killing machine who terrorises the city’s worst. In the present timeline you see how he grows from being only a killing machine to being a person with real feelings and whatnot. And in each timeline it is the emotional turmoil that shapes him.

While plotting, we usually only look at where the character should go. We know what we want to happen to our MC, we might even throw in a couple of things to keep the protagonist off balance. Sometimes we just go through the motions of doing things to our MC to make them change into the person we want them to be at the end of the story.

But do we masterfully use emotional turmoil to raise the stakes for our MC? Do we actually use her backstory to the fullest to influence the present? Do we write her story without being a puppet-master?

Kristen Lamb talks about the wounded hero (like Oliver!), because we all know that damaged people make the best stories. And the blind spot, because denial makes for excellent fiction (just look at how Oliver’s blind spot stops him from realising that he’s making a mistake).

Now that that is cleared up…

I read on the IWSG blog that the stakes should always be high. How high? Death. Always death.

Yeah, sure, if Oliver doesn’t stop the Undertaking, the Glades will be levelled and everyone there will die. But what are the stakes for him, personally? If he cannot stop it, his mission to redeem his family will be a failure – and everything he did once he got home will be for nothing. And, possibly, he’ll feel he’s dishonoured everyone who died to get him back home.

Things changed after that.

In Season 4 there came a shift in the story: it started to focus more on the side characters and their issues than on the titular character. It wasn’t bad, but it wasn’t as good as the first seasons.

And then the story took a whole new spin: Oliver steps out of the shadows and becomes the Mayor of Star City. There’s less focus on his vigilante life, more focus on his failings as Mayor, loads of odd segue ways and an ending to the season that feels meh and unfinished (in a bad way).

If that isn’t bad enough, the side characters start to take over the story and Oliver gets pushed to the side. The story loses its immediacy, its secrets and its dark hero.

Instead of continuing with what worked (the flashbacks to what had happened five years earlier to shape Oliver today), it became an odd mishmash of side characters with issues with Oliver and him trying to keep all the balls in the air.

It got so bad that I struggled through season 7 and refused to watch season 8.

Let’s break down what they did wrong:

There are probably more issues, I haven’t watched it in a while, but these are the ones that stood out. I can’t really think of something they did right as all these issues eclipse everything else.

What Writers Can Learn from This

If you compare the two views of Arrow above, you can see a pattern emerging. When writing series, one needs to be vigilant about various things.

If you remember to write your main character with all their damage, lies they believe and their blind spot intact (it can change from book to book as the character grows), you will have a compelling character readers want to come back for.

If you remember to write a story that draws your readers in, they’ll come back for more.

If you plot a story with plausible actions, character choices, surprises and solid endings, you’ll have devoted readers.

And if you remember to keep your side characters where they belong – to the side of the main character – you won’t go wrong.

Listen to reader feedback. If they liked the flashbacks used in the first four seasons, don’t take it away!

Are the stakes for your protagonist high enough? Do you engage your readers emotionally? Do you use the Wound and the Blind Spot? Do you watch Arrow? Do you agree with my analysis of why the story stopped working? If you have a differing opinion, feel free to share it in the comments. Have you found story issues in your favourite series (book, movie or TV)?