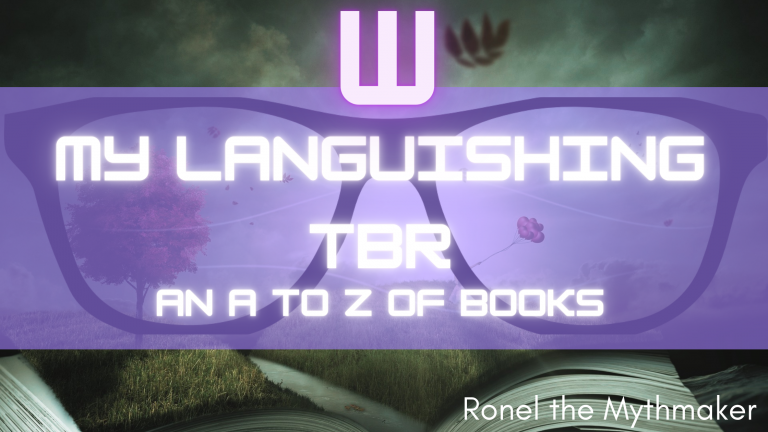 W is for Witches

About the Books I’ve Read

I found this series on Amazon when I was searching for witches in small towns. I just love reading paranormal women’s fiction!

She comes from a bloodline of powerful witches. But for Marla, magic seems to have skipped a generation.

Over forty, recently divorced, and with two teenagers, starting over back in my hometown seemed like my best option. I had no idea what I was in for.

Well, I should have.

Only those with powers can enter Gales Haven. And I haven’t found mine.

Mastering your abilities can take years. I don’t have that kind of time. From the moment I arrived in town, things have gone to hell in a hand basket.

It’s up to me and the magical creatures in my head to save our city. Before my ex mother-in-law redecorates the town in pink and breaks the centuries old spell that keeps it safe and hidden.

Perfect Pending is a Paranormal Women’s Fiction novel. If you love snarky stories with women so empowered they’re a force to be reckoned with, then you’ll love the Witches of Gales Haven series.

Marla figured returning to her small hometown would be the start of a simple life—albeit one with magic.

Magic was part of the deal, but the new role assigned to her wasn’t. What does she know about detecting?

Nothing at all, a fact made plainly obvious during her first day on the job.

What do a foul-mouthed leprechaun and Spanx have in common? Marla is about to find out…

Magical Mayhem is a Paranormal Women’s Fiction novel. If you love snarky stories with women so empowered they’re a force to be reckoned with, then you’ll love the Witches of Gales Haven series.

Marla Gawama is the new detective of Gales Haven.

She knows nothing about sleuthing, but her nan assigned her the job, and what Bessie Gawama wants, she gets.

Marla does her best to carry out her new detective doo-ties. She even dons her comfortable running shoes and sets out to get ’er done.

But when some bumbling bumpkins show up in town, and Haveners start losing their marbles left and right, it becomes clear she’s not cut out for the job.

That never stopped a Gawama witch before.

And she isn’t going to let it stop her now.

One thing the Gawamas know how to do is ride with the crazy.

Charmed Caper is a Paranormal Women’s Fiction novel. If you love snarky stories with women so empowered they’re a force to be reckoned with, then you’ll love the Witches of Gales Haven series.

Luanne and Shawna head out of Gales Haven for the day, expecting to drink a little too much and dance the night away. What they don’t expect is to unearth secrets they believed long buried. Secrets that mean a whole new kind of trouble for the Gawama witches.

* Smexy Shenanigans is a novella in the Witches of Gales Haven series told from Aunt Luanne Gawama’s point of view. The story takes place chronologically between book 3, Charmed Caper, and book 4, Homecoming Hijinks. It can be read as a standalone, but is best read between books 3 and 4.

Just when Marla Gawama thinks she might be getting the hang of her detective doo-ties, the universe has to go and prove her wrong.

The town of Gales Haven is highly eccentric—part of its charm—so Marla is no stranger to quirks.

But when the townsfolk start acting odder than usual, Marla realizes something is up. The friendly gigolo Danny isn’t the only one to make shmexy rounds to entertain the locals. And even the talking mouse who terrorizes the kitchen of Gawama Mama House is proving to be a horn-dog.

Since she’s stuck with the role of town detective, it’s up to her to figure out what the hell is going on and to return Haveners to their usual level of strangeness—not too much, just right. Though a town full of leg-humping witches and wizards is pretty funny…

Every good Gawama knows: “If you can’t fight the crazy, love the crazy.” And Marla is a Gawama witch through and through.

Homecoming Hijinks is a Paranormal Women’s Fiction novel. If you love snarky stories with women so empowered they’re a force to be reckoned with, then you’ll love the Witches of Gales Haven series.

Funny, sweet, with loads of magic and inappropriate family.

Second-chance romance, talking animals, and super powerful teenagers – Marla grows into her own despite all she has to handle.

I enjoyed her journey of learning to find her place in the magical community again. So much healing from the life she lived before still needs to happen.

Mindy, the talking hedgehog, is my favourite.

I can’t wait to read the next book. LOL funny.

Being town detective gets even weirder for Marla as people start losing their marbles. Her family is highly inappropriate but adorable. Marla obsesses over having alone time with Quade – and finally gets her steamy night with him.

Mindy and the other magical creatures are awesome.

Luanne and Shawna are hilarious. The entire story is. But it didn’t feel like it could stand on its own and is probably a prelude to the next book. The cover is confusing and the title doesn’t make sense either as there are no smexy shenanigans to be had.

If reading this series, just skip this one.

Marla’s mother returns after being gone for decades – her other daughter and grandchildren in tow. Marla has to figure out if there’s really a dark mage tracking her mother – keeping her away from Gales Haven for everyone’s safety – or not.

The book had its moments, but it wasn’t as funny as the previous books. It does end with hilarity that makes one want to read the next book.

Loads of emotions, especially grief, for Marla and the other Gawamas to work through.