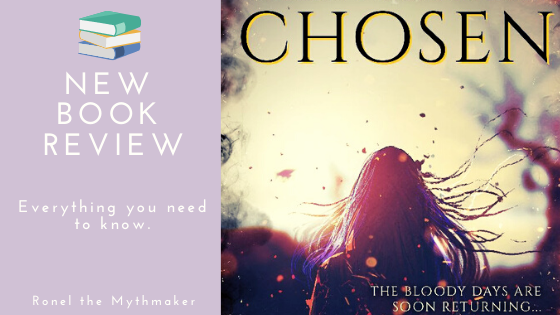 I’m so excited that the next installment in the Fallen Princeborn series is released. I shared my review of the first book with you here.

CHARLOTTE’S FAMILY MAY NO LONGER REMEMBER HER NAME,

BUT HER ENEMIES WILL NEVER FORGET.

Charlotte just wanted to start a new life with her sister Anna out of the reaches of their abusive uncle. When their journey led to Anna’s disappearance from human memory, Charlotte hunted for her sister and the mysterious creatures that took her behind an ancient Wall that hid a land of magic the world had long forgotten. Charlotte woke the Princeborn Liam Artair, and with his return the conflict between factions of the magical Velidevour turned cursed and deadly.

Now Charlotte must end this conflict before the land of River Vine and the inhabitants she’s befriended are consumed by Orna, Lady of the Pits, who is still very, very eager to see her beloved return. And Orna is not the only one who wants hold of the Princeborn Liam’s heart. These Velidevour come armed with firey wings, crimson claws, and pale fire, and like dead magic, they know no kindness.

The Bloody Days are soon returning, and they will not end until a choice is made, a choice that could tear the heart of River Vine apart.

Fallen Princeborn: Chosen is a direct continuation of Fallen Princeborn: Stolen. Recommended for fans of Neil Gaiman’s Stardust, Brigid Kemmerer’s A Curse So Dark and Lonely, and Sarah J. Maas’ A Court of Mist and Fury.

Learn more about this series on Goodreads.

This picks up where the last one left off – with loads of action and magic. (Make sure you’ve read book one recently or you’ll be lost for a while.)

The foreshadowing of Charlotte’s abuse in book one is vividly described here, leaving me (and Liam) sick to the stomach and angry.

The merpeople are awesome. Cruel and creepy, but awesome. And the fight scenes are terrific throughout.

The book does switch rapidly between Charlotte’s POV and Liam’s, but it works (once you’re used to it).

The Incomplete will give me nightmares for a while (more so than the merpeople’s library)… but not as many as Liam’s family.

I still wonder about Charlotte’s unique brand of magic – she intrigues all of the magical races. She’s a warrior queen, just as Liam says, and an awesome person to hang out with.

I really enjoyed this book and cannot wait for the next one!

Have you read anything by this author? Do you enjoy books about faeries — in any form?