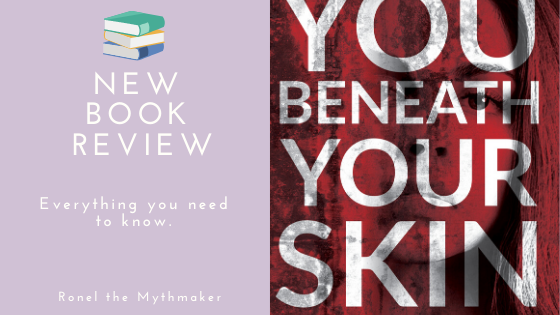 A while back I hosted Damyanti here on my blog when her debut novel came out. You can read all about writing crime fiction here. Today, I’m sharing my thoughts on this haunting tale.

It’s a dark, smog-choked new Delhi winter. Indian American single mother Anjali Morgan juggles her job as a psychiatrist with caring for her autistic teenage son. She is in a long-standing affair with ambitious police commissioner Jatin Bhatt – an irresistible attraction that could destroy both their lives.

Jatin’s home life is falling apart: his handsome and charming son is not all he appears to be, and his wife has too much on her plate to pay attention to either husband or son. But Jatin refuses to listen to anyone, not even the sister to whom he is deeply attached.

Across the city there is a crime spree: slum women found stuffed in trash bags, faces and bodies disfigured by acid. And as events spiral out of control Anjali is horrifyingly at the centre of it all …

In a sordid world of poverty, misogyny, and political corruption, Jatin must make some hard choices. But what he unearths is only the tip of the iceberg. Together with Anjali he must confront old wounds and uncover long-held secrets before it is too late.

My Review: You Beneath Your Skin

“You Beneath Your Skin” is the story of Anjali learning who she truly is beneath all that she sees in the mirror, other people’s expectations, and the harsh judgement of the voice in her head.

The whodunit elements of this book are well-crafted and the world-building is excellent – one can actually taste the acrid air of New Delhi. (Not the pretty sights of a favourite Bollywood movie…)

The story is sprinkled with truths like: “We’re all a potential danger to ourselves and our families, one way or another. We just learn how to hide it.”

There’s lots of focus on the lack of women’s rights and the abuse of women in India. Quite shocking that women – and girls – are treated thusly in this day and age. Kudos to the author for highlighting this issue involving the acid attack victims with such sensitivity. These attacks, and the descriptions in the book, are enough to give one nightmares.

I would have liked a happier ending, but the book’s resolution stays as true to life as the rest of the story.

An interesting crime thriller with loads of human interest.

What do you think of this book? I’ve been having nightmares… it’s that good!

10 thoughts on “Book Review: You Beneath Your Skin via @damyantig #bookreview #crimethriller #mustread”