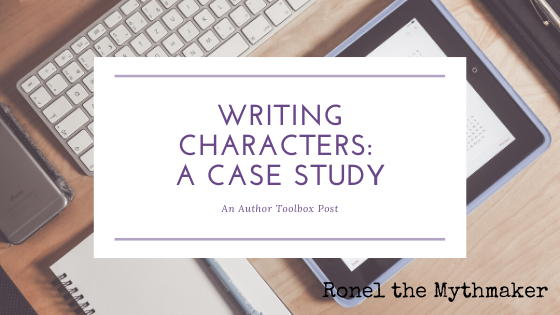 This month I’ve decided to write about something that has been bothering me since February.

Specifically, the treatment of Alex Karev.

I’ll preface this with: I love Grey’s Anatomy. I binge watch. I re-watch. I marathon watch with my girlfriends and select guy friends who love the series, too. The characters are my friends. (And that is something you really want with your books and characters you create, too.)

*Note: this post will contain many spoilers about the series.

Years ago, I wrote a post about how addictive the series is (and why).

The first three seasons of Grey’s Anatomy are absolutely addictive. I recently re-watched the series from the start due to insomnia, and couldn’t at first pinpoint the reason the rest felt a bit blah until McDreamy died. (Sorry, spoiler-alert.) I know that I stopped watching for a while after McSteamy died and again after Cristina left (she was my favourite). But I didn’t know why I could watch the first three seasons without end and only watch the rest while pedalling away on my stationary bike.

So, I watched the first three seasons again while pedalling away on that poor stationary bike. (One of these days I’ll be able to do the Argus…) And I figured out a few things that stood out in those first seasons and made it as addictive as ice-cream.

Lots and lots of humour. And not in the Adam Sandler way (that’s a whole different kind). Some of it’s subtle; some of it is dark and twisty; some of it depends entirely on the situation and the character’s facial expressions; some of it isn’t even laugh-out-loud funny but more of a smirk and thinking “Dumbass”.

Every character has a full backstory. We may not know until we meet Bailey’s husband that she’s married, but all the signs are already there long before she tells Derek that she’s been happily married for years. And there’s a reason Cristina chose to be a heart surgeon long before she was allowed to declare a specialty… Let’s not forget how Karev’s upbringing had shaped him (before he is “trained” by Cristina, Meredith and Bailey to become the awesome guy he is in the newest seasons).

I won’t forget Meredith’s expression when she found out that Derek was actually married. Who saw that coming? And then, despite trying to figure things out again with Derek, it turns out that Addie didn’t have a cheap affair with McSteamy – it was real and they were going to have a baby. Wow. Meredith sort of committed suicide via drowning in the harbour (okay, she flirts with death a lot – the bomb, the gunman, the plane crash, falling down the stairs while pregnant… though the last two were acts of fate). And remember when Callie had such low self-esteem that she married George? And then he cheated on her with Izzy (his supposed best friend) before the blonde got delusional from skin cancer and George was taken out by karma in the form of a bus crushing him…

There’s so much to say about the plot twists (like Burke knowing how to cook) and how it relates to the characters being extremely complex (like Addie wanting a baby and yet aborting Mark’s baby) that by the time I’m done typing this, the next season would already have started…

So how do we make our own writing as addictive as Grey’s Anatomy?

By incorporating humour, properly creating our characters with details that we won’t even use but will make the character real (mine are alive and well, and living in my house) and making sure that the plot twists are as strange and unexpected as anything in Grey’s Anatomy or Goosebumps (I still get nightmares about haunted cars and teachers eating their students…)

There’s a lot of truth about writing in the above, but as time went on someone in the writerly world of this series forgot the basics about character.

That’s why I want to focus on characters.

When Burke’s character arc was done, he left. It felt natural. We were happy that he followed his path.

When Izzy didn’t die, it felt unbelievable. But we were relieved that she left – especially after the way she mistreated Alex.

When George died instead of going to the Middle East to be a trauma surgeon, we felt cheated. But it was okay because he did this amazing thing and saved his character from being remembered as a whiny twit who cheated on Callie.

When Addie left, it was to continue in another series where she eventually got her happily-ever-after (with Benjamin Bratt!).

When Lexie and McSteamy died, we felt cheated out of an epic love story that hadn’t yet reached its conclusion.

When Cristina left, we at least had an entire season to get used to her saying goodbye and going somewhere she can truly use her skills. We were happy for her even as we missed her.

When Callie left, it didn’t feel right that she left everything for some woman after she had assured herself (and everyone else) that she will never give away as much of herself as she had in her marriage to George (and we later learn that this relationship didn’t work out at all. Ouch!).

When Arizona left, it was okay: she left to teach a whole new generation of foetal surgeons, be close to her daughter and maybe get back with Callie.

When Kepner left, it was to be with her soulmate and do amazing things. It was good.

Even when McDreary, excuse me, McDreamy was killed off before he could leave his marriage and city because things got tough (like he did with Addie) – totally true to character! – it was done well.

Everyone, except Lexie and McSteamy, had a proper story arc and were ready to leave. And that made it fine for the audience to move on.

And then there’s Alex. (I’m not even going to get into a couple of minor characters that were fired by the hospital or just disappeared off screen. Qadri, I’m looking at you.)

And then he just disappeared. Supposedly to go help his mother (who has Schizophrenia). He only sends laugh-until-you-cry emojis when texted that the hospital he was working at had been sold. Then we hear that he never went to his mother… that he just up and left his wife.

And then we find out that he is starting a whole new life with (spoiler alert) the woman who broke him years ago and is having children with her.

This is an absolute betrayal of this character.

Enough that I refuse to continue watching this show.

It would have been better if they had killed off the character in a car crash without all this unnecessary, brutal betrayals of not only the character but the audience as well.

What can we, as writers, learn from this?

Don’t betray your characters or your audience.

But also, when you write a beloved character, you should stay true to character traits, expectations, fears, etc. That is why you have to have character sheets where you write down everything about a character (not just for backstory, to keep eye colour correct, but also for the nuances of the character).

Characters are the friends we make in a book. In this year’s Women in Publishing Summit (read my notes here), I learned that many readers find friends and family in a book that they are sad to leave once the book has ended. Which means we need to write characters that people want to spend time with. (Just another reason not to betray characters.)


I’ve always enjoyed K.M. Weiland’s blog and this book is no different.

The way she looks at structure, character growth, and the Lie, the Wound and the Truth was insightful.

Positive arc, flat arc and negative arc were new concepts, yet I’ve encountered them in books and even wrote them without knowing these terms. The examples she used were illuminating (especially Thor and Scrooge as these are characters and stories I know well).

Great list of resources at the back of the book.

A good addition to any writer’s library.

View all my reviews

What do you think about what happened to Alex? Would you do something like that to your characters? Do you have other examples of huge character betrayals on the part of the writer?