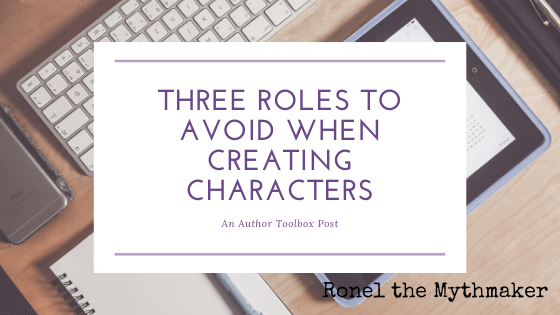 As writers, we know that we need to write good characters. Story, plot – it is all important. But characters, they are why people come back. I’ve looked at writing characters before: Writing Characters: A Case Study. That was a longish post with loads of info you had to take in. Today, I’m keeping it short.

The newest of your characters is shiny and perfect. Flawless comes to mind when you think of this character. She can run marathons and cook a seven course dinner while always looking perfectly groomed. You’re besotted.

You start writing the story in which your new, awesome character will be starring. And then you realise the story is boring. Why? Your MC is just too good to be true. Like the guy you met online/in the fresh produce section/at your best friend’s wedding who isn’t really the perfect combination of Stephen Hawking, Lord Byron and Ryan Reynolds…

The good news: you’re no longer wearing rose-tinted glasses. The bad news: you’re probably going to act like a surgeon-Dr.Frankenstein-hybrid and add personality traits to your MC to make her more relatable.

Turning the marathon-running-thing into a way for your character to escape isn’t a bad thing. Turning her into a marathon-running, gym-obsessed bulimic who cooks delicious meals only to punish herself while the point of the novel is for her to save the world from aliens made of vodka… Perhaps is could’ve worked if the (speedster) aliens were made of chocolate and she wanted to catch them and eat them before throwing up… Even then the character traits wouldn’t be quite believable. Unless the point of the novel is to change her in a character-driven story, and not an action-packed save-the-world type.

Which brings me to the third role you shouldn’t assume: the puppet-master.

The MC described above can’t save the world from any kind of alien until she herself is okay. She has to figure out her issues – she can’t just take off and eat all the aliens. So to fix her, to get over whatever is chasing her to be so unhealthily body-conscious, the way to get rid of the aliens cannot be her consuming them. The plot twists have to come naturally to the MC. You cannot force it.

So what is chasing this MC? To find the answer, you have to become a private detective and interview everyone she knows (family, friends, co-workers, gym buddies, etc.), read her private diary (if she’s the kind to keep a diary), stalk her online and dig through her garbage until you know every minuscule detail of her life.

I know, I know. It sounds like a lot of effort. But the reward… By the time you’ve finished the first draft of your novel, your character would’ve revealed herself to you even more because you took the time to get to know her.

Of course, being a PI won’t be enough to make the story itself believable. If your MC is the next Katy Perry, you need to know everything there is to being a singer – voice techniques and exercise; the language musicians use; and whatever it is a pop star has to do to get from unknown to a world phenomenon. It’s going to take more than twenty minutes on Google. It’s a lot of work – even if your MC is only going to be an ordinary school teacher.

But it will make your MC and her world tangible and memorable. Your characters invite you to get to know them, so do it! And don’t forget to put effort into writing your villains: they have an interesting story too.

How about you: are you besotted with your characters? Are you obsessively adding traits to a character to make her interesting? Are you pushing a recovering bulimic to eat aliens made of chocolate?