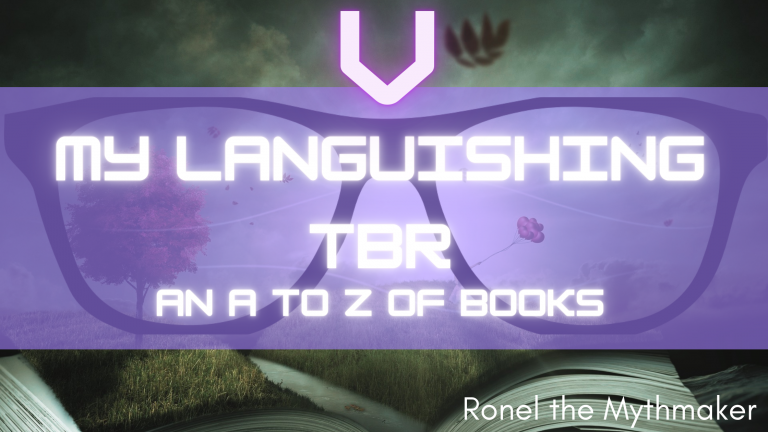 V is for Vampire

When I decided to write about vampires, I looked around for books that I haven’t yet read dealing with these creatures of the night. I came across this collection, got the ebook, and then it just languished on my TBR until now.

Sink your teeth into these bite-sized tales exploring the intersections among the living, dead, and undead. Features stories by Neil Gaiman, Melissa Marr, Cassandra Clare, Holly Black, Garth Nix, and many more.

As someone who enjoys vampire fiction, I thought this would be good. Especially with some of the authors herein whose work I usually enjoy. The introduction wasn’t bad, but a bit obsessed with Twilight…

The first story (Things to Know About Being Dead by Genevieve Valentine) had a lot of interesting ideas about vampirism and I suppose Eastern folklore. It didn’t quite pull me in, though.

The second story (All Smiles by Steve Berman) was gritty and full of sexual innuendo for no apparent reason. The premise of druggies-turned-vampire-hunters is interesting, but a lot like TV shows such as Nikita.

The third story (Gap Year by Christopher Barzak) was good. Different kinds of vampires, focused on vampires that feed on emotion. We’ve all known this kind at some point in our lives: they drain us emotionally.

The fourth story (Bloody Sunrise by Neil Gaiman), perhaps flash fiction, reads like poetry – and is just as confusing.

The fifth story (Flying by Delia Sherman), about a cancer survivor who had been an acrobat who then runs away with the circus, has interesting themes. The head-hopping, though, was distracting.

The sixth story (Vampire Weather by Garth Nix) is about a backward, religious community (Amish?) who don’t believe in vaccinations, television or the internet. They do wear crosses on necklaces – the crosses going all around their necks – to prevent vampire bites. There’s a vaccine to protect one from vampires… And when Amos gets seduced to stay out in the fog and gets bitten, he’s cast out. Mm.

The seventh story (Late Bloomer by Suzy McKee Charnas) is about a boy who doesn’t appreciate the art he creates, always craving to be better and to be in a more artsy place. And then he becomes a vampire and can never create anything ever again. How depressing.

The eighth story (The List of Definite Endings by Kaaron Warren), about a vampire eating the terminally ill, has a good premise but is a bit meh.

The ninth story (Best Friends Forever by Cecil Castellucci), a gritty one about a vampire turned in the 70s while high and the dying human she befriends is just another depressing story about death.

The tenth story (Sit the Dead by Jeffrey Ford) reads like a weird Van Helsing tale. Not bad, though.

The eleventh story (Sunbleached by Nathan Ballingrud), once more a teenage boy who is socially isolated and from the poor community succumbs to the seduction of vampirism. And dies. The end. Really?

The twelfth story (Baby by Kathe Koja) is some weird letter to a doll – a familiar, which, I suppose, fed on the narrator. Weird with lots of unnecessary repetition.

The thirteenth story (In the Future When All’s Well by Catherynne M. Valente) is plastered together with curse words, racism and an intolerance for mental health issues.

The fourteenth story (Transition by Melissa Marr) is good. I read it first in another anthology by the author. Loads of folklore and a nice twist at the end.

The fifteenth story (History by Ellen Kushner) is about a history student dating an old vampire – who refuses to tell her about history, but lavishes her with flowers. Probably so he can keep drinking from her. Ugh.

The sixteenth story (The Perfect Dinner Party by Cassandra Clare & Holly Black), a detailed letter to a would-be victim is the probable rise to power of a fourteen-year-old vampire. On its own it’s a bit meh, but among the rest of the collection it shines.

The seventeenth story (Slice of Life by Lucius Shepard) I just DNFed – no point going through a story about promiscuity and swearing. There was enough of that in previous stories.

The eighteenth story (My Generation by Emma Bull) is yet another weird piece of flash fiction concerning life and death.

The last story (Why Light? By Tanith Lee) is good. The cursing was unnecessary and felt out of place. I liked the idea of different vampire groups who have their own, yet similar, traditions.

Look, I don’t expect all my vampires to be like Damon and Spike, but all these stories are gritty, full of curse words, the MCs are all promiscuous/lonely/bored/angry and then fall prey to vampires, there’s a lot of intolerance to those who are not like the authors (e.g. if you have mental illness such as OCD you’ll become a vampire), and some of the storylines just don’t make sense. The last story is an exception to most of this, but could have done with a bit more fleshing out.

If you want good vampire fiction, just go watch “Buffy the Vampire Slayer” – Spike’s in it!