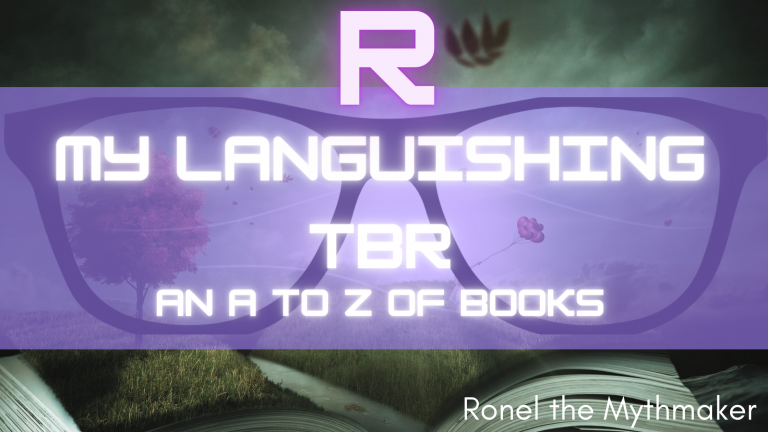 R is for Rise

I binge-read the Rise of the Lost Gods series by Nicole and enjoyed it as much as her Modern Magic series.

Note to self: following mythical creatures with only a taser is a bad idea.

Sabine Davis believes a fabled, six-legged panther stalks the local woods, and she intends to find it – even if it means trespassing on the land that should have been hers. Except following the tracks leads her to the man who broke her heart instead of a cat with questionable limbs. A surprise that might prove more dangerous than the legendary predator.

Alex Garcia is home for good, with a plan to win back the love of his life. He spent eight long years away from Sabine, and now he’s ready to prove he’s as good at staying as he is at leaving. But will she give him the chance after he shattered her trust?

When a fateful encounter in the woods breaks an ancient seal, Sabine and Alex find themselves pitted against a pantheon of semi-immortal gods. Together – along with a Muse, a bit of magic, and a taser – they face a complicated threat that could bring them closer than ever . . . or tear them apart for good.

Muse Interrupted is a short-story prequel to the Rise of the Lost Gods series of paranormal romance novels featuring unwitting demigods and the guardians fated to protect them.

I enjoyed this novella very much and can’t wait to start reading the series.

*I received an ARC from the author and this is my honest opinion.

Bounty hunter Lindsey Haven loves a good mystery, but not when a series of strange occurrences makes her homeless. Her friend’s offer to let her house-sit for the summer – and maybe discover an explanation – couldn’t come at a better time. But she doesn’t realize she’ll have to share the place with a frustrating, arrogant, sexy as hell distraction. How is she supposed to finally find some answers if all she can think about is him?
Dax Russell believes in fate, after all, his grandmother had the sight. So when his army buddy offers him a dream job in exchange for an easy summer of guarding a cat and some broken pottery, he knows the move is meant to be. Bonus: he gets to live with the feisty beauty that he keeps seeing in his dreams. Now if only she’d admit there’s more between them than a shared bathroom.
When a hidden threat pulls them into a thousand-year-old struggle for power, Lindsey, Dax, and a cat who’s more than she seems have to work together to prevent a catastrophe of god-like proportions.

Goddess Forsaken is a full-length paranormal romance novel in the Rise of the Lost Gods series, featuring demigods with unexpected magic and the fated guardians who will do anything to protect them.

I enjoyed Lindsey and Dax’s story – especially the two of them sneaking around town to follow a magic trail. It was a fun story with loads of twists and all the feels.

Can’t wait to learn more about Kora, Moira and Calliope – there’s something going on there!

Ana Winters needs a safe haven. She can’t afford for anyone to look too closely when her magic goes haywire and she starts to glow. Unfortunately, hiding in plain sight isn’t how small towns work, and the alluring local Sheriff can’t keep his eyes off her. Then again, he might be the only one who can help.

Sheriff Shane Garrett will do just about anything for Ana. Scare off an angry mob of racoons? Done. Help her learn to use her magic? No problem. Fight a possessive, deranged god attempting to claim her for himself? Bring it on. All he wants in return is the truth.

When Ana’s past finds them, they face more than destructive secrets and aggressive urban wildlife. Under pressure from gods, mothers, and an opinionated Muse, their fragile trust must strengthen into an unassailable bond to protect their future.

Ana and Shane made such a perfect couple, complementing each other’s weaknesses and strengths. Ana even learns how to change a weakness of hers into a strength.

Calliope is awesome, as always.

I loved the statue of Cerberus – I want one!

There were instances of language that I didn’t appreciate – and I’m not talking the few f-bombs.

A sweet story with great characters.

He belongs on a beefcake calendar holding a puppy in front of his junk.

Cypress Baker has a god problem. One minute, she’s mouthing off to the worst car-jacker ever, the next, her very own God of War struts to her rescue. His holy hotness claims he’s her guardian – her fate, and the key to her anemic magic. More power is great, but when it comes with muscles, motorcycles, and dark eyes that see too much, how is she supposed to separate the magic from the man?

Ares, God of War, has met his match. She’s sarcastic, stubborn, and possibly the most beautiful woman he’s ever seen. A thousand years ago he made a promise to protect her line, but with Cypress, nothing is easy – especially when she refuses to admit she’s in danger. No matter the challenge, he’ll guard her body, but this time, he may have to guard his heart.

When the threat to Cypress becomes all too real, she’ll have to make a choice – the god or the guardian. Because with war on the horizon, she can’t keep both.

Warrior Tamed is the third full-length paranormal romance novel in the Rise of the Lost Gods series, featuring demigods with unexpected magic and the fated guardians who will do anything to protect them.

Loved it! The secrets held by Kora and Moira turned out to be exactly what I thought. And the Super Magic Squad doesn’t know everything – which made Cypress and her adventure so much fun.

Cypress and Ares are awesome together. I liked that this motorcycle riding badass respects boundaries and is possessive without being restrictive.

And Calliope…! Can’t wait to read the next book.

The fate of the world is in the hands of the one who broke it.

The good news? Calliope has a body again. The bad news? She’s naked, weak, and napping on top of her immortal ex. The awful news? Her magic is blocked, and to her great horror, Mal is the key to unlocking it.

Waking up under his naked ex wasn’t in his plans for the day, but Mal’s flexible. As the self-proclaimed Trickster God of Chaos (trademark pending), he loves a challenge, but this one might be more than he can handle.

He trusts Calliope as much as his backstabbing Pantheon buddies, but he needs her on his side to protect the rest of the gods—and despite their messed-up past, he’d still do anything to protect her too.

With a psychotic god gaining strength, and secrets being revealed all around, Calliope discovers a hidden power that could help her save the humans and gods alike. But not alone. She needs the truth. She needs a plan.

I enjoyed Calliope and Mal’s story so much!

Intrigue, secrets, magic – and Zeus as a sunflower. LOL. My favourite part though, is the Temple of Fates.

I did feel that the confrontation with Bach, which all has led up to, was over a bit fast and too easy. And the swearing was unnecessary.

A good ending to the series.