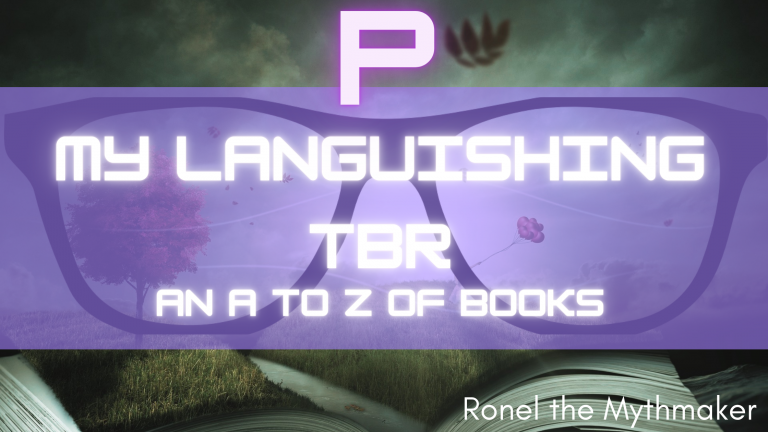 P is for Princess

I read the first two books in the trilogy when I discovered them after the second book was released. I completely forgot that a third book was in the works and accidentally added it to my Goodreads TBR in 2020 when updating my reviews. And though I got the ebook then, I only got around to reading it now.

A fantasy YA series featuring the retelling of three fairytales: The Twelve Dancing Princesses, Cinderella, and Little Red Riding Hood.

Princess of the Midnight Ball

The story of the Twelve Dancing Princesses reimagined in a dark tale where bargains with creatures beneath the earth curse princesses to dance their slippers to pieces.

Some passages are filled with vivid imagery. The villains are truly awful and terrifying. Galen, the soldier who’ll try to rescue the princesses from the Midnight Ball, is brave and very likeable. Rose, the princess the story is really about, only gets likeable halfway through the book when we start to spend more time with her. The problem, of course, is too much head-hopping between characters in the beginning of the book. The prologue is fine: it sets the mood. But knowing what the king thinks while still trying to figure out if Galen is the one we should bond with and then jumping to Rose’s head and then back was a little tiresome.

Retellings of the Twelve Dancing Princesses are always fun to read: they interpret the original Grimm fairy tale in different and interesting ways while answering the nagging question of worn through slippers. This book is a fun, yet dark, interpretation of the theme and message of the original tale.

I would’ve liked to know more about the other princesses. Their names flow together – all named after flowers – and none of them are distinct except for Poppy who is feisty, Hyacinth who is religious and Violet who likes music (though I’ll be hard-pressed to remember what any of them look like).

I did like that Galen is able to knit and that this skill is useful in defeating the bad guys. The mixture of magic, religion, war and the courage of the princesses and Galen make this a page-turning read (once the head-hopping comes to an end and the story is only told from Rose or Galen’s point of view.)

I’ll recommend this Young Adult adventure for those who love fairy tale retellings with a bit of magic.

The tale of Cinderella reimagined where the godmother is a creature of the underworld and Princess Poppy (from Princess of the Midnight Ball) has to use her knowledge of magical bargains to save not just the poor girl caught in the creature’s grasp but also the young prince she has befriended.

Though the head-hopping was better this time, three point of view characters was a bit much to keep track of.

I really like Poppy. She’s feisty, she’s talented, she’d dependable and she cares about those around her. I liked spending time in her head. There’s not much to like about Eleanora and spending time with her wasn’t so great except for visiting her godmother in her spectacular castle of glass. As for the prince: being in his head didn’t really add to the story.

I did like the twist on the glass slippers and the midnight curfew.

I’ll recommend this Young Adult adventure for those who love fairy tale retellings with a bit of magic.

Princess of the Silver Woods

I enjoyed this book immensely. There are a few typos and such that pulled me from the story, but it was an engrossing plot.

I liked that all the sisters were involved and that the bad guys were once more the princes who had haunted their nightmares.

The themes of Red Riding Hood were perfect in the silver woods that grew from magic. Loved the magical plants, the Robin Hood storyline and the conclusion to Under Stone.

Beautiful ending with loads of great description throughout.

Petunia is such a great character and brought boldness that rivalled and even surpassed that of her older sisters. I liked that she played to her strengths – and that her weaknesses were the cause of her problems. I like that she didn’t wait to be saved, but didn’t dismiss a helping hand either.

Oliver is such a sweet guy with an open mind to accept the unfathomable magic around him. And so brave!

A good story and my favourite in the trilogy.