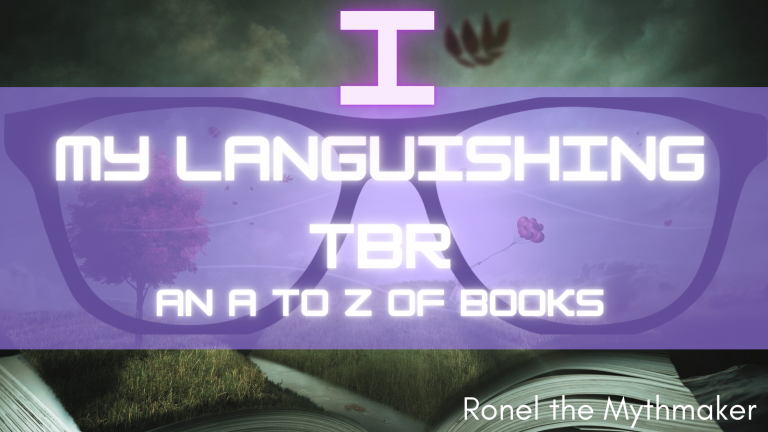 I is for Invasion

I found this series as I searched on Amazon for witches in small towns. I’m enjoying this genre (Paranormal Women’s Fiction).

A woman starting over. A new house with an unexpected twist. A cape wearing butler acting as the world’s worst life coach.

“Happily Ever After” wasn’t supposed to come with a do-over option. But when my husband of twenty years packs up and heads for greener pastures and my son leaves for college, that’s exactly what my life becomes.

This time, though, I plan to do things differently. Age is just a number, after all, and at forty I’m ready to carve my own path.

Eager for a fresh start, I make a somewhat unorthodox decision and move to a tiny town in the Sierra foothills. I’ll be taking care of a centuries old house that called to me when I was a kid. It’s just temporary, I tell myself. It’ll just be for a while.

That is, until I learn what the house really is, something I never could’ve imagined.

Thankfully forty isn’t too old to start an adventure, because that’s exactly what I do. A very dangerous adventure that will change my life forever. I have a chance to start again, and this time, I make the rules.

The decision has been made. Jessie has taken the magic, and all the weird that goes with it. Including wings.

There’s only one problem – she can’t figure out how to access them.

Through a series of terrible decisions, Jessie realizes she must ask for help. Gargoyle help.

But she could’ve never predicted who answers her call – he’s an excellent flier, incredibly patient, and a good trainer. He’s also incredibly handsome. And interested.

Except, the new gargoyle is also an alpha, just like Austin, and the town isn’t big enough for two.

Turns out, flying is the least of her problems.

Jessie is well on her way to learning her new life and settling in. The tough alpha, Austin, has joined her team, and she has painstakingly learned to fly. At the moment, life couldn’t get any better.

But it can get a whole lot…more irritating.

Her parents have decided to visit. They don’t know anything about magic, about Jessie’s new digs, or about the crazy crew living in and around Jessie’s house. She must do everything in her power to keep the truth away from them.

Which would be much easier without the unfelt presence lurking within Ivy House’s borders. It seems an enemy has figured out a way to magically bypass Ivy House’s defenses. Jessie is completely exposed.

The real battle, however, won’t be with the incoming force. It will be between Mr. Tom and Jessie’s mom, each intent on being the most helpful. Mr. Tom might have met his match, and he is not pleased.

Just when things were finally settling down, Jessie is in the thick of it again, and this time, the turmoil is all around her.

The fourth book in the Wall Street Journal bestselling Leveling Up series.

The Ivy House team is shaping up, but there are still holes to be filled, and a magical summons outstanding. Jessie needs a teacher. Someone who can fit in with the whacky Ivy House crew. And that was going just fine…until she gets a request to host a powerful, neighboring mage.

A teacher isn’t going to be enough. She needs more power in her crew. She needs some might.

This time, Austin Steele might not be able to dominate what she calls in, creatures no shifter has ever dominated before.

But that isn’t all Austin has to worry about. After a skirmish in the bar, suddenly his whole world is turned upside down. He can no longer ignore the feelings that have been growing for Jess.

He also can’t ignore the town’s complete lack of readiness for the neighboring mage’s visit. He must call in his brother to help lock down the town. And when his brother arrives, he must finally hash out the past that has split them apart so that he can claim his future.

It’s time for a magical battle Jessie isn’t sure she’s prepared for.

Elliot Graves has been a thorn in Jessie’s side since before she agreed to take the house magic. He has constantly brought the fight to her doorstep.

With the help of Austin’s shifters, the Ivy house crew will meet Elliot Graves in one of the most dangerous places imaginable – his home turf.

But not before another creature joins the circle.

Laugh-out-loud funny, this book shows that one can make weird choices and forge a new life when things turn sour.

Slow-burn romance, a rag-tag team protecting a magical house, an interesting take on shifters and the paranormal world, and loads of fun.

Niamh’s language usage changed near the end and so did Austin’s – making what was a clean (language-wise) read into something where the strange outbursts stood out. And was quite unnecessary.

So much fun to read!

Jumping POV between chapters was only jarring because Jessie is from first POV and the others third. I love the use of online dating and gargoyle dating. I like that she learned what she’s comfortable with. And the magic was awesome!

Her parents are a hoot! The various creatures, magic, and, of course, Ivy House, all doing their own thing was so much fun. Edgar and his flower obsession being the reason they even know they were being invaded was priceless.

Some personal language issues, though.

I enjoyed the various fight scenes and Jessie’s ridiculous training method to use her gargoyle powers. The creatures who answered the summons were awesome. I actually suspected who the mage was from the start… Loads of fun there.

The romance, though, was the best. The will they/won’t they from the previous books finally came to a satisfying point.

Too bad some of the language is still an issue…

So much fun! I liked how the Ivy House crew grew – and its implications – and the meeting with various mages (those guys are the smirk-while-stabbing-you-in-the-back kind). And Sebastian… No words. They’re all mad, in the best way.

Yeah, the bothersome language does get old, Niamh.

Can’t wait to read the next book.

16 thoughts on “My Languishing TBR: I #AtoZChallenge2022 #Books #Bookreview”