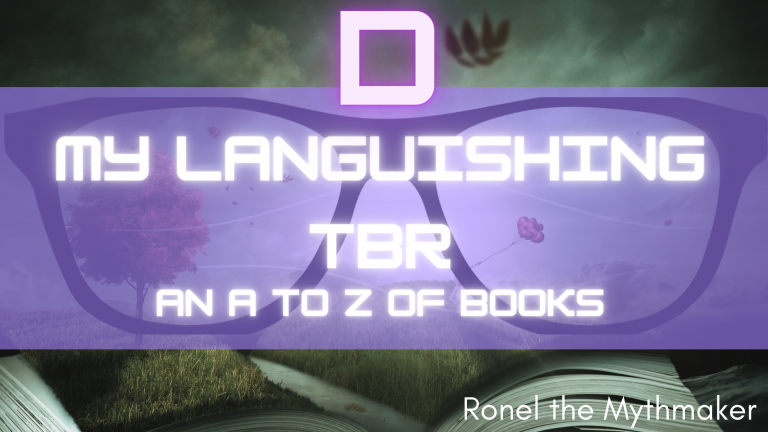 D is for Devouring

On the edge of town a beast haunts the woods, trapped in the Gray, its bonds loosening…

Uprooted from the city, Violet Saunders doesn’t have much hope of fitting in at her new school in Four Paths, a town almost buried in the woodlands of rural New York. The fact that she’s descended from one of the town’s founders doesn’t help much, either—her new neighbours treat her with distant respect, and something very like fear. When she meets Justin, May, Isaac, and Harper, all children of founder families, and sees the otherworldly destruction they can wreak, she starts to wonder if the townsfolk are right to be afraid.

When bodies start to appear in the woods, the locals become downright hostile. Can the teenagers solve the mystery of Four Paths, and their own part in it, before another calamity strikes?

This thrilling fantasy will draw in fans of The Raven Cycle and Stranger Things, as the fearless May Hawthorne finds danger waiting for her at every corner.

Though the Beast is seemingly subdued for now, a new threat lurks in Four Paths: a corruption seeping from the Gray into the forest. And with the other Founders preoccupied by their tangled alliances and fraying relationships, only May Hawthorne seems to realize the danger. But saving the town she loves means seeking aid from the person her family despises most—her father, Ezra Bishop.

May’s father isn’t the only newcomer in town—Isaac Sullivan’s older brother has also returned, seeking forgiveness for the role he played in Isaac’s troubled past. But Isaac isn’t ready to let go of his family’s history, especially when that history might hold the key that he and Violet Saunders need to destroy the Gray and the monster within it.

Harper Carlisle isn’t ready to forgive, either. Two devastating betrayals have left her isolated from her family and uncertain who to trust. As the corruption becomes impossible to ignore, Harper must learn to control her newfound powers in order to protect Four Paths. But the only people who can help her do that are the ones who have hurt her the most.

With the veil between the Gray and the town growing ever thinner, the Founder descendants must put their grievances with one another aside to stop the corruption and kill the Beast once and for all. But the monster they truly need to slay may never been the Beast . . .

A dark and thrilling read. I liked how the theme of grief was used throughout. The way the four founding families interact was interesting – as was their powers.

The Sherriff so clearly showing her fear of other founding families would’ve been hilarious if not for all the tragedy in its wake.

More about friendship, the danger the small town is in, and what they need to do to keep the town safe from the monster and themselves, than about high school drama, I found this a refreshing read.

The book, straddling the line between dark fantasy and horror, would have been better if told only from Violet’s POV and one other instead of multiple POV.

The Deck of Omens

The second in this duology is another dark and thrilling read that straddles the line between dark fantasy and horror that could have been stronger if told from two POV (e.g. May and Violet) instead of multiple POV.

A story of how secrets and lies have hurt generations of founders; of friendship, love and loyalty; of bravery in the face of pain and betrayal.

A lovely multi-layered tale full of horror and tendrils of hope. Too bad about the many f-bombs.