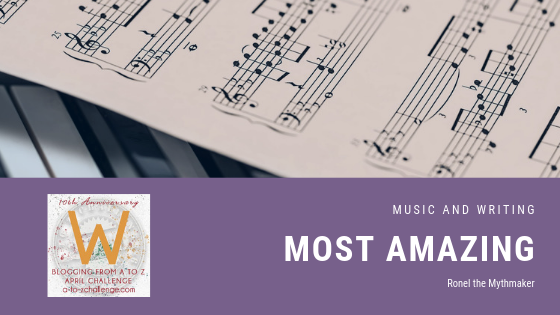 W is for Within Temptation

As I mentioned in my theme-reveal post, this month will be all about music and how it inspires my writing.

Today’s band is classified as Symphonic Gothic Metal. Don’t let that put you off: one of their songs was featured in “Vampire Diaries” (remember when Elena and Damon danced for the first time in season one? Don’t worry, it’s the music video below.)

I first heard of Within Temptation when their song “All I Need” was played in Vampire Diaries. Since then, I’ve added their music to my library and various playlists. Some of them are on the “writing romance” playlist, some on “battle” playlists and some of their music is for drafting, rewriting and editing. Their music is quite versatile. I use their album “The Q-Music Sessions” as background music while doing admin.

Favourite album: “The Heart of Everything” Favourite song: “All I Need”

Word of the day: wah-wah

According to Collins English dictionary: wah-wah n1 the sound made by a trumpet, cornet, etc. when the bell is alternately covered and uncovered: much used in jazz 2 an electronic attachment for an electric guitar, etc., that simulates this effect

Do you like Within Temptation? Do you have a favourite music group/artist that starts with a “W”?

**Note: Your comment was successful even though it looks like it’s been swallowed by a gremlin. Technical stuff I still have to figure out means that I have to manually approve your comment. Know that it will happen every twelve hours and that I will answer your thoughtful response to my post. Thanks for stopping by!

27 thoughts on “Most Amazing #AtoZChallenge”